A Voice for the Youth 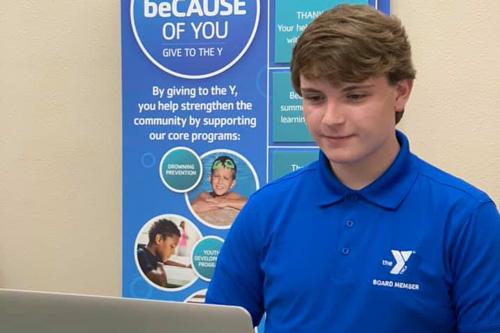 Florida YMCA Youth in Government Senate President James Williams talks to CNBC reporter Abigail Hess about the importance of the youth vote during a virtual interview taped on Election Eve.

“Our voice is our vote and our votes have power,” Florida YMCA Youth in Government Senate President James Williams tells CNBC reporter Abigail Hess during a virtual interview about the importance of the youth vote in this year’s election.

This was the first election James, a Durant High School senior, was able to vote.

“Voting is the most important thing we can do and I’m so excited that as an 18-year-old and as a member of the youth I can finally have a say in our Democracy and not just on the national level,” he says. “Regardless of who you vote for, everyone should vote. In an ideal world, we’d have a voter turnout of 100 percent because everyone deserves to have their voice represented.”

James was also involved in his first election as a poll worker.

“I signed up to be a poll worker because I think it’s extremely important that as a youth we not only have a say in our Democracy but we aide it,” he says.

James says he may want to run for public office one day. His words of advice to current politicians: “Listen to us young people.” he says, “We are incredibly passionate and I think we have a lot to bring to the table and I think if they listen, we could get some stuff done.”