To put Judeo-Christian principles into practice through programs that build healthy spirit, mind and body for all.

History of the Tampa YMCA

The Tampa Metropolitan Area YMCA was founded based on the core character values of Caring, Honesty, Respect, and Responsibility.

The YMCA continues to flourish because those values are as relevant to today’s world as they were in 1844, when a young drapery clerk named George Williams sought to develop a wholesome place for young people to escape the immorality of the London Streets during the Industrial Revolution.

By 1851, there were 24 Ys in Great Britain, with a combined membership of 2,700. That same year the Y arrived in North America. It was established in Montreal on November 25 and in Boston on December 29. From there, the YMCA grew quickly across the United States and Canada.

In 1908, the first YMCA facility was built in Tampa–a 50,000-square-foot building on the corner of North Florida Avenue and Zack Street. The building cost $100,000 and was funded entirely through contributions from individuals. This YMCA brought Tampa its first gymnasium and indoor swimming pool. It also had residential headquarters to provide housing for young men when they came to the city.

Over the decades, that first location has grown to 10 family facilities, four wellness centers, two golf facilities, an outdoor adventure camp and numerous program sites across Hillsborough and eastern Pasco counties. Each location provides the wholesome, life-enriching activities young George Williams envisioned so long ago. YMCAs all across America became an integral part of our culture’s fabric, sparking a spirit of creativity that has given us basketball and volleyball, both invented at the YMCA; the idea of night school which has enabled so many to further their education; and the concepts for healthy organizations including the Boy Scouts and Campfire Girls.

Today, the YMCA, the largest and oldest service organization in America, serves 17 million members in 120 countries. In Tampa Bay alone, we reach more than 160,000 individuals each year through membership, programs, and outreach activities in our community. Through Our Vision 2020, we have laid the foundation to take the Tampa YMCA into the future so we can continue to serve the Tampa Bay community for years to come. 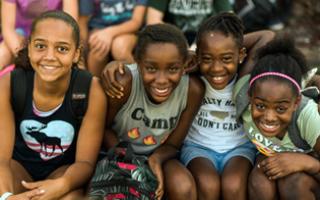 We focus on strengthening the community through youth development, healthy living and social responsibility.
Learn More 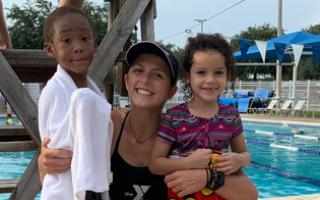 The Y teaches people how to swim, encourages children to be brave, and supports those in the pursuit of a healthy lifestyle.
Read Our Stories

Give to the Y 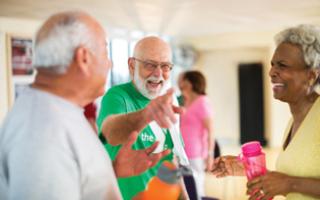 The Y helps the community because of generous donors like you.
Donate Today

Nonprofit
The YMCA is a 501(c)3 nonprofit charitable organization that plays an important role in our community. The YMCA's mission is to put Judeo-Christian principles into practice through programs that build healthy spirit, mind and body for all. Our focus areas include Youth Development, Healthy Living, and Social Responsibility.

At the Tampa YMCA, we believe lasting personal and social change is best accomplished when we all work together to invest in our kids, our health and our neighbors. Partnership support helps our Y address challenging issues facing our community.

Our Summer Camp, LIVESTRONG, Diabetes Prevention, Achievers and Safety Around Water programs are examples of our commitment to positively impact the lives of our community members. Those served by our Y with donated funds learn how to swim and be safe around the water, make gains in their battle with chronic diseases and overall wellness, overcome summer learning loss and so much more.

The Tampa YMCA, along with all those we serve, are full of gratitude for all our partners that help us make a difference in the lives of thousands of kids, adults, seniors, families, cancer survivors, chronically ill members and at-risk youth from our local community. This impact simply would not be possible without their generosity.

Our Commitment to Diversity, Inclusion and Global
The Y is made up of people of all ages and from every walk of life working side by side to strengthen communities. Together we work to ensure that everyone, regardless of ability, age, cultural background, ethnicity, faith, gender, gender identity, ideology, income, national origin, race or sexual orientation has the opportunity to reach their full potential with dignity. Our core values are caring, honesty, respect and responsibility—they guide everything we do.